We use cookies to measure audience with web analytics tools. By your continued use of this site you accept such use.
I Accept More Information

Condensé Paris is more than ever offering efficient and reliable skincare products, targeting face and body.

Condensé formulas speak to your heart as well as your face, with an innovative sense of creation

Condensé
The quest for authenticity
The founders 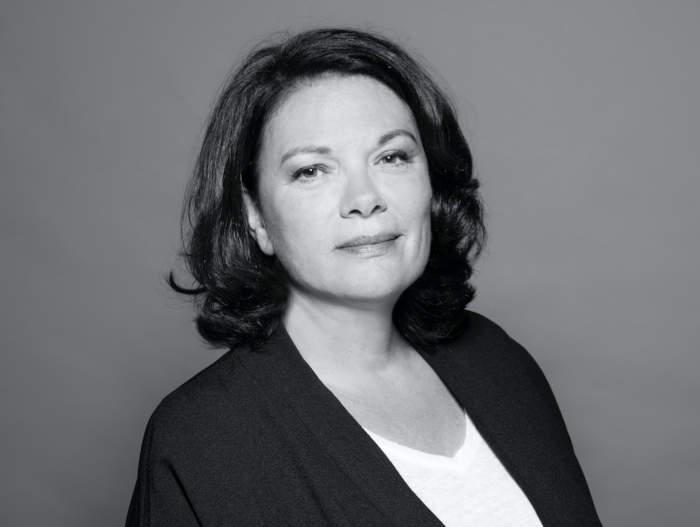 A woman with a vision

She grew up surrounded by the meadows of Brittany, often taking long walks along the Morbihan coastline – and this love for natural elements has never faded. The water, the wind, the tides, the plants… they were all part of her childhood in Brittany. There were fields full of red clover and "simples" medicinal herbs growing wild. The rich and diverse vegetation of one of the most beautiful regions of France offered so many benefits. She took it all in and turned it into memories that would one day serve her well.

It was later, however, that the revelation came to her… She was made Cosmetics and Fragrance Development Manager for Kenzo, where she worked on the creation of the Kenzoki skincare line. It was something completely new – a revolution that involved starting everything from scratch: textures, names, terminology, benefits, etc. Nathalie Lamandé worked particularly on "plant waters" – an innovative concept and method at the time. "It was my first baby," she says, when she talks about it.

After the incredible success of Kenzoki, "I felt the need to design products that were closer to nature, more authentic, with more of a focus on their real benefits than on the marketing behind them," she recalls.

Nathalie Lamandé is certainly not lacking in technical skills. For every product she dreams up, she knows exactly what sensorial and ethical qualities it will have. She deliberately chose not to go 100% organic as she knows that the constraints entailed will limit possibilities and sensoriality. In 2008, in the early days of Condensé, Nathalie Lamandé wanted to focus on authenticity while offering a complete, sophisticated, targeted product offering. Thus the 18 products that she designed in close collaboration with a chemical engineer offer the technical performance she was looking for. In 2010, Condensé was born. 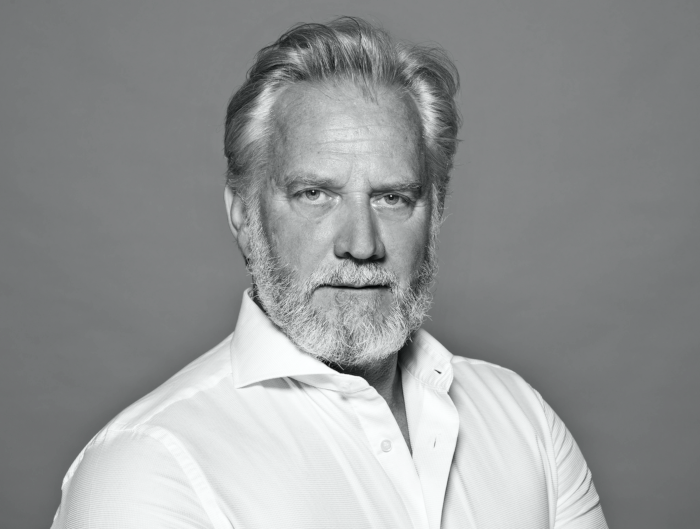 A man with a vital energy

Pierre Godefroid, who founded Condensé skincare with his wife, Nathalie Lamandé, is someone whose Energy and Enthusiasm know no bounds!

A self-taught man with an inexhaustible drive, Pierre Godefroid began channeling his energy through sport. A three-times French judo champion (aged 16, 18 and 20), he built up his experience through numerous professional activities. A "people person", his sense of humanity and ability to connect with others opened up various horizons.

In 1997, an exceptional strength of conviction, combined with a passion for entrepreneurship, enabled Pierre Godefroid to create his own fragrance manufacturing unit.

He went from a surface area of 600 m² to 6,000 m², from 20 employees to 70. Very Famous brands came knocking at his door. But in 2000, Pierre Godefroid wanted a new challenge: he wanted to produce cosmetic products in a controlled atmosphere, using pharmaceutical-grade reverse osmosis water and (still rare at the time) airless filling. Thanks to his two laboratories, he was able to work on research and development while also performing microbiology testing.

Pierre Godefroid could now draw on his experience, a solid business and extensive expertise. He and Nathalie both wanted to offer a range of cosmetic products that were truly different. And that's how they began working on the first Condensé formulas in 2008.

His company and his laboratories provided the perfect hi-tech setting to make this dream they shared become a reality. 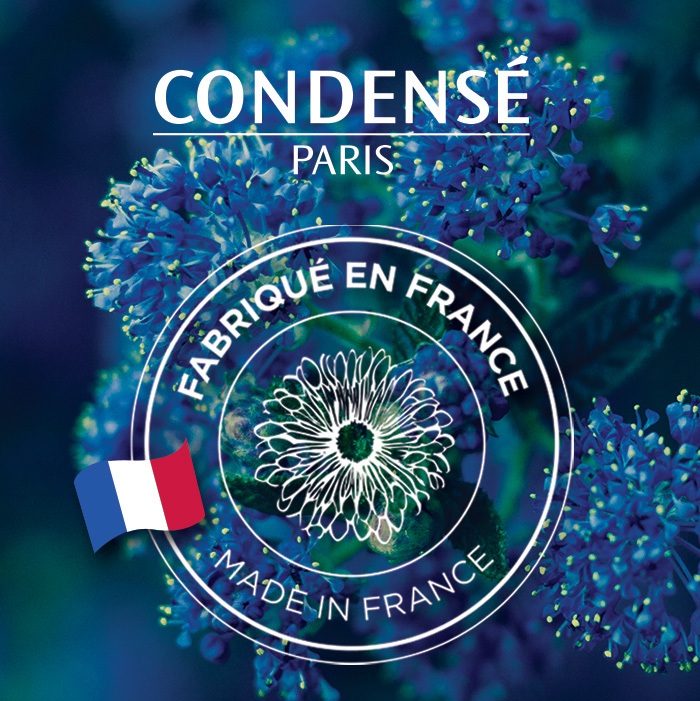 The whole range of Condensé Paris products is manufactured in our factory, next to Paris.

In order to respect the Quality rules and offer a high selective product, Condensé is manufactured and filled in Air Controlled Areas, that can be compared to “White Rooms”.

The products are consistently controlled and released by Quality Department, at each stage of the process.

Condensé Paris is using Airless packagings for the main part of its products. This is meaning that the formulas are not in contact with air, for more protection and purity.

100% of our packagings are made in France and the majority of our active ingredients are coming from French country.